At the beginning of the year, no one would have thought that by March, we would be either working from home or out of work, but that happened. Covid has changed how we work for a lot of us in very drastic ways. Working from home has brought a whole new language with it; Zoom meetings were, in most cases, nothing more than fancy conference calls. Now they’re a way of life for a lot of people.

The world is different than it used to be; we can’t deny this; how it will all look in the end would be a guessing game at best. One thing is for sure, we have now proven that working from home can be as productive as coming into the office. Even the most resistant bosses now understand that you can work from home, and your employees can keep the company doors “open” while the real ones are closed.

Some of the changes that have come about as a result of Covid-19 might be more permanent than others; here is how Covid has changed how we work:

Many of us see a vastly different world out there; I know because I started the pandemic working for a company (this changed partway, though – you can read about that here). That company allowed people to occasionally work from home, but in general, it was frowned upon. This was a technology company where your productivity could be very easily tracked, and people had adopted a lot of online communication technology. Yet even they were resistant to people working from home most of the time. By the time I left that company, they had come fully about-face and working from home was considered a good thing.

This type of thinking is predominant in companies that could adapt to working from home, from big banks and insurance companies to pretty much every white and gold collar industry. Where employers were hesitant previously, they now accept and, in many cases, embrace the concept.

Remote work is efficient, more efficient in many cases than being in an office. And even when a new normal is established, employers will have to rethink how office work will look like; I would be shocked if most companies didn’t move to a hybrid model. Partial work from home will be an option if not a requirement going forward.

In March of this year, I had a single client that would occasionally join a video conference, and even my co-workers never used the option. Zoom was not part of the typical office vocabulary, yes I knew about it, but that would be the extent of it.

Now, about 6 months later, almost everyone is using the technology to some extent. My mother in law has started taking seniors courses online using Zoom. What was once nothing more than science fiction is now pretty commonplace.

Working from home does come with its own challenges; most of us didn’t have a home office ready to go when the pandemic hit. We happened to have one, mostly because I worked for myself for a few years and had the space from then. But that did not accommodate my wife, who is also working from home. This is a reality that has been playing itself out for many people who are finding themselves working from home—the need to set up a home office or dedicated workspace.

Locally I’ve seen home offices come up more and more in real estate listings, and for a good reason. Having a dedicated space for work is now a luxury item where before it was a spare bedroom where you could throw all your junk.

This will impact real estate the longer the pandemic lasts, as the need to have a more permanent home workspace becomes real; people living in small condos will be looking for that extra space. In large cities like New York, Toronto, San Francisco, where space is at a premium and tiny spaces are common; I would expect to see a shift.

The interviewing process can be complicated at the best of times; the challenges now are compounded by the social distancing and Covid-19 restrictions. Many people who are getting jobs are doing the whole process remotely. Remote meetings make it harder, but not impossible, to communicate at the intangible level. With all of this said, people are still changing jobs and interviewing. I know because I am one of them, my situation was unique in that I already knew my now current employer. But many don’t have that luxury, yet can still go through the process and get new jobs.

Hiring and changing jobs is still occurring; if you’re in that situation, you have to be patient. Not only are candidates on the other end of the screen, but hiring managers have the same difficulty.

If you don’t need to be in the office daily, why do you need to live in a big city? The answer is you don’t. If you were living in Manhattan and paying the crazy rent to be close to work, now you can live in Albany and commute once or twice a month. Your New York salary will go a lot further if you’re not in New York City.

This fact comes in some ways as a bit of a two-edged sword; on one hand, it’s great for employees who don’t need to be right in the middle of an expensive city and can take advantage of cheaper real estate further out. The unfortunate other side is employers might attempt to alter salaries based on where you live.

Has the potential to Level the playing field

Geo-arbitrage has been made famous by numerous authors (cue Tim Ferriss), and the idea is that certain parts of the world are cheaper than others. You can pay upwards of 100$/h for a developer in New York or San Francisco, but that same developer in Indonesia costs you maybe 20$/hour or 5$/hour in other parts. What I can see is there will be a levelling of the playing field where the lowest-paid workers doing relatively advanced work will be able to command more. The unfortunate downside is that people living in expensive cities won’t be able to charge the same rates; there won’t be the need to pay the premium for location.

Companies currently renting huge office towers and sprawling campuses will find that they need a lot less actual space. I think this is where we will end up seeing the biggest and longest-lasting change to the way we work. Once companies figure out the right balance for their new needs, the impact to corporate real estate, especially in the larger city cores, will be significant. How this will play out will depend on many factors that I think are still very fluid (I think this is a bigger topic for a future post)

With only a little over a month and a half left in 2020, I can safely say many people will be happy to see the year-end. The changes that have come will undoubtedly leave a deep scar in many facets of society, though when it comes to the working world, I believe the changes might end up being better in the long run. Regardless covid has changed how we work permanently.

Photo by Chris Chow on Unsplash 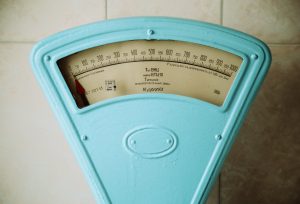